Dr. Aggarwal and AIMS Institute’s effort to secure psilocybin under the Right-To-Try laws for our patients is featured in the current issue of Time magazine. 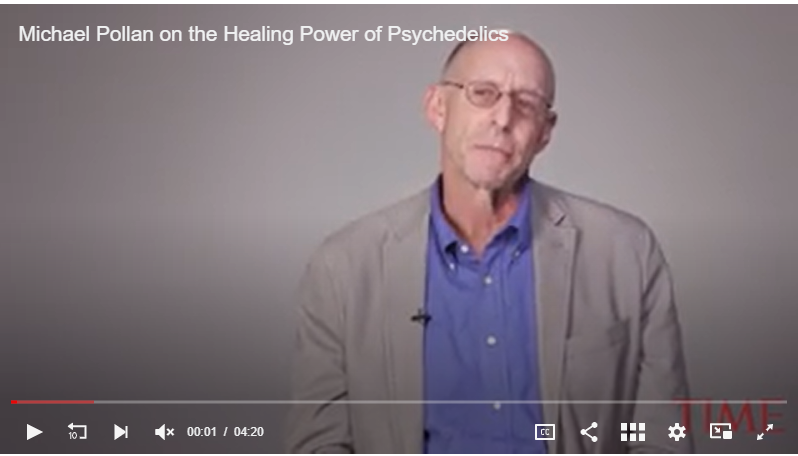 Dying Patients Are Fighting for Access to Psychedelics
BY TARA LAW
AUGUST 24, 2022 10:13 AM EDT https://time.com/6208079/psychedelics-psilocybin-access-end-of-life/

Erinn Baldeschwiler, a 48-year-old with metastatic breast cancer, is struggling with anxiety and depression as she nears the untimely end of her life. “The last thing I want is to be terrified and scared and anxious, especially when I pass,” she says.

She knows that no treatment can change the outcome of her disease. But she’s fighting for access to a different kind of therapeutic: psilocybin-assisted therapy, which past research has found can ease anxiety for depression in advanced cancer patients.

Psilocybin (the active ingredient in magic mushrooms) and other potentially life-changing psychedelic drugs are being researched as mental-health treatments for conditions like anxiety, depression, and trauma. Advocates are optimistic that psilocybin and MDMA—which clinical trials have shown may be effective against post-traumatic stress disorder (PTSD)—could be approved by the U.S. Food and Drug Administration (FDA) within the next few years. But Baldeschwiler and other people with terminal illnesses can’t wait that long.

“I’m going to be dead by then,” she says. “It’s a time issue. If you could provide an option that would provide immediate, sustained relief of depression, anxiety, and lead to a sense of peace as [someone is] going through their final days—why would you not want that as an option?”

Some are arguing that both psilocybin and MDMA should already be available to qualifying patients through the federal Right to Try law. The 2018 law states that patients with life-threatening illnesses who have exhausted all treatment options can access drugs that have passed through Phase 1 testing—the first phase of clinical trials that tests drugs in humans—but have not been approved by the FDA.

Psilocybin and MDMA fit those criteria, and so does Baldeschwiler. But the drugs’ Schedule 1 status—meaning the DEA deems them to have “no currently accepted medical use and a high potential for abuse” (a characterization that advocates for psychedelics dispute)—is keeping them back from patients.

Baldeschwiler’s palliative care physician, Dr. Sunil Aggarwal, reached an agreement with a drug manufacturer to receive psilocybin. However, after Aggarwal applied to the Drug Enforcement Administration (DEA) to receive a waiver to provide the drug, the DEA refused, declaring in February 2021 that it had no authority to waive the Controlled Substances Act.

Baldeschwiler and Aggarwal are now working with Kathryn Tucker, a lawyer focused on expanding access to psychedelics for groups including terminally ill people, to compel the DEA to allow use of psilocybin under the Right to Try law, which Tucker argues should supersede the Controlled Substances Act establishing the U.S.’s drug policy. The DEA is “thwarting operation of duly enacted federal law,” says Tucker. “If a physician deems their patient to have a life-threatening condition that could be addressed with one of the eligible investigational drugs, then that physician can seek [Right to Try] access, and should be granted it.” Advocates argue that the law has a particularly broad mandate. “The lack of an exclusion makes it clear that there is no exclusion” for Schedule 1 substances, Tucker says.

Psychedelic medicine is still an unsettled science that will require much more research before scientists fully understand how well it works, and for whom—especially given that many of the clinical trials that have tested psychedelic drugs are very small. Psychedelic drugs come with some risks, and patients who participate in trials generally meet certain health criteria. (Clinical trials for psilocybin, for instance, exclude patients who have close relatives with a history of schizophrenia or bipolar disorder.) However, advocates for expanding access argue that psilocybin- and MDMA-assisted psychotherapy fit neatly within the founding principle of the Right to Try law: patients faced with potential death should have the ability to try new drugs that could help them.

The advocates’ case has won them some powerful bipartisan allies. On July 20, Senators Cory Booker (D-NJ) and Rand Paul (R-Ky.) introduced the Right to Try Clarification Act, to make it clear that the legislation encompasses Schedule 1 substances so long as they’ve been through Phase 1 clinical trials.

Many advocates, like retired Marine Corp Lt. Gen. Martin Steele, believe that people who are at risk of dying by suicide and have exhausted all other treatment options should also be able to receive psychedelic assisted treatment. Steele is co-founder of the nonprofit Reason for Hope, an activist group promoting psychedelic treatment access and research. He recently testified in support of a Connecticut law enacted in April establishing a pilot program to let veterans, retired first responders, and retired health care workers receive MDMA and psilocybin-assisted therapy. Nationally, people are exposed to “unprecedented levels of stress and trauma,” he says. “We all know the current treatments are inadequate, and things are only getting worse.”

Veterans with PTSD are a particular area of focus in the fight to expand psychedelic access. “Currently, even in the best circumstances, our treatments probably help about half of the patients with PTSD,” and many also have treatment-resistant depression, says retired Brigadier Gen. Dr. Stephen Xenakis, a psychiatrist who served in the Army and volunteers with Reason for Hope. The U.S. has a moral responsibility to offer them a treatment that can help, he says. Given that about 17 U.S. veterans die by suicide every day in the U.S., “too many people are going to die” if veterans are forced to wait for FDA approval.

“All of us should be shouting from the rooftops that something has to change,” says Lynnette Averill, an associate professor of psychiatry and behavioral sciences at Baylor College of Medicine who has studied how psychedelics can help special-operations veterans and is part of Reason for Hope. “Given the crisis that we are in, we cannot wait another year—or 2, 5, or 10—for these to be fully approved.”

Accessibility by WAH
Call Us Text Us