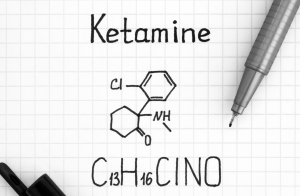 “For a long time, I wasn’t interested in ketamine,” Sunil Aggarwal, MD, PhD explained. “But I started using it because it’s one of the only above-board psychedelics.”

Typically, ketamine is given as anesthetic, a tranquilizer to treat humans and animals alike. But the drug, which is considered an essential medication by the World Health Organization, also has psychedelic properties, putting it in the same class of substances as LSD, DMT, and psilocybin (the active compound in so-called “magic” mushrooms).

Dr. Aggarwal runs a clinic in Seattle where he prescribes both ketamine and cannabis to his patients. That might seem strange, but Dr. Aggarwal is a serious medical doctor with impeccable credentials — he has both an MD and PhD from the University of Washington, and earned his undergraduate degree at Berkeley.

“Ketamine has this profound quality,” Dr. Aggarwal said. “I first saw its potential back in 2015 — I had a fellowship at the NIH research hospital. I was working on with the team doing ketamine studies, and I saw that infusions or drips of ketamine, given to severely depressed, addicted people, would produce these remarkable changes. It was actually lifting people up out of depression — preventing suicide.”

“I offer a ketamine-assisted therapy model at my clinic in Seattle. We also have one psychiatric nurse practitioner, one family nurse pracitioner, one clinical psychologist, and one psychotherapist, one social worker, and four naturopathic physicians on staff. We focus on psychiatry, oncology, and pain and palliative care. Terminal cancer, PTSD, anxiety, depression, musculoar-skeletal disorders, brain injuries, terminal illnesses — these are the types of patients we see,” he said.

Although he successfully treats his patients with ketamine and cannabis, Dr. Aggarwal believes the laws that outlaw other psychedelics are preventing him from providing as much help as he could. DMT, for example, is a Schedule 1 controlled substance, which means it’s illegal to manufacture and possess, and the US government thinks it has no accepted medical use. But Dr. Aggarwal disagrees.

“DMT has tremendous medical potential. It can treat addiction, maybe even neurological disorders. It can help with chronic conditions — multiple sclerosis; even cancer. DMT affects pathways, immune system functions. It’s a powerful medicine that affects the mind,” he said. “It has huge potential for helping terminally ill patients deal with their situation. In fact, not just them, but their families as well. It is amazing for dealing with grief. I think it has a profound future in medicine.”

This month, voters in Oregon passed Measure 109, a law that will legalize psilocybin when used in therapeutic settings. Dr. Aggarwal is a big supporter, and would like to see something similar pass in Washington State.

“For 3 years I was a resident at NYU,” he said. “During that time, I worked with the psilocybin research groups. We were studying it for use treating cancer and anxiety in terminally ill patients. It was remarkable. These patients were facing their mortality; having to take a different perspective on life and death, and dealing with the trauma of their situation. And it was having a huge effect.”

“There is so much untapped potential with psychedelics,” Dr. Aggarwal said. “Washington State is lagging behind Oregon — we need to catch up.”

This Seattle Doctor Is Using Psychedelics to Treat Cancer, Anxiety, Depression and PTSD